Why We Love to Live in the Communities Where We Work

Several months ago I had a co-worker ask me if I liked living in the same city that we worked in. She didn’t at the time, but was considering it.

The simple answer is yes. I think almost everyone in our company would say that, too. But why?

First, a bit of a testimony, if you will, on my career journey. I had only been working as a licensed Physical Therapist for a little over a year when my wife and I moved to Kentucky. We lived in a small town for 5 ½ years before moving back to Michigan. It was in Kentucky, though, that I realized how important and fun it was to be a physical therapist for the community. I wasn’t just someone they saw in the hospital a couple times a week. I saw current and former patients in the grocery store, at church, and at school and sporting events. I was a part of their personal lives, and they were mine; it became more than just a patient-therapist relationship. I think learning this that early in my professional career has made me a better person and therapist. Then, flash forward to being back in Michigan, settling in Caledonia, but working in Battle Creek. Somehow I did that for about three years. It was a good company, and I had great co-workers, and was able to treat a lot of great people as patients. But, I also worked four 10 hour days. Add commute time, and it was at least 12 hour days. I was basically making my wife a single mom half the week. I wasn’t really a part of the Battle Creek community because I was needing and wanting to get home. I wasn’t settling into and being a part of my new Caledonia community because I was gone so much during the week. Again, how I did this for three years, I don’t know. So coming to work for HJPT over five years ago, and even better yet, the Caledonia clinic that’s less than 2 miles from my house has been a blessing. When I interviewed with the company, this was the biggest point I tried to make as to why I wanted to be here. I was less concerned with pay or being a clinic manager. (Actually, the whole process of how I ended up here could be a whole other blog post…another example of “a God thing”) 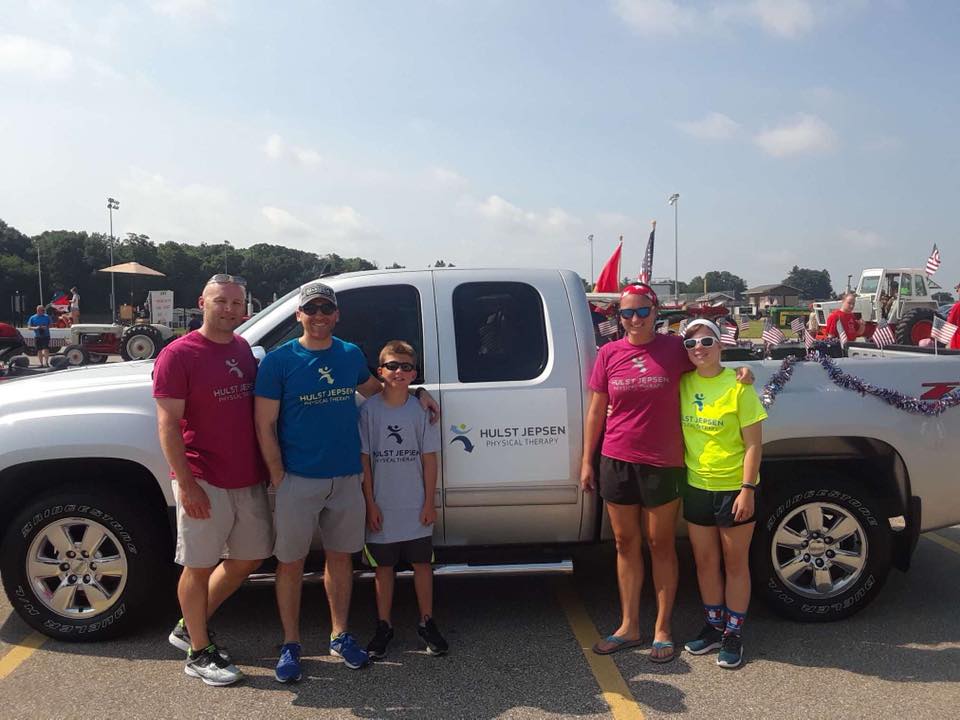 Being part of the community is not a clever marketing tool that we use at Hulst Jepsen. A very high percentage of our clinicians live in the same city they work in. A practical reason is that it reduces the risk of burn out for us as it cuts down on drive time and keeps us from spending too much time away from our families. But more importantly, we see ourselves in a people and a service profession. We are not simply treating injuries. We are here to take care of all your needs to the best of our abilities. We are invested in our patients as people and as fellow members of our communities.

We love talking to you in the grocery store. We love going to a sporting event of a high school athlete that’s returning from an injury. We don’t mind one bit if you stop us on the street or after church or at our kids’ school to ask us a question. We love when a former patient checks in with us to give us updates on how they’re doing. Once you’re back to work, let us know how it’s going. Have a prayer request? We got you covered there, too. We’ve become friends with so many of you and don’t want it to end when you no longer need physical therapy. We don’t want to be just a Physical Therapy clinic. We’re a neighborhood resource for all of you. Stop in any time and see us if you’re in the area.

And that co-worker I mentioned earlier… she is now a neighbor.