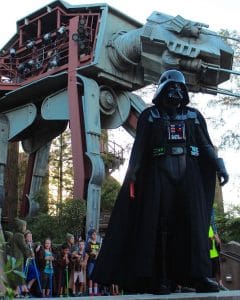 It is a period of growth in the medical, health, and wellness fields.  A brave group of physical therapists have band together to combat the aches, ailments, and surgeries that awesome and evil degenerative arthritis has created.

Attacking from PT clinics in your neighborhood, this band of physical therapist have won a fierce victory against the powerful knee replacements. Arthritis fears that this defeat could mean they lose control over the evil and ongoing pain and discomfort that it can cause on the body.

To crush these PT’s once and for all, Arthritis is constructing a sinister new labrum tear that can bring even the most athletic and strong individuals to the brink of defeat.  This pain could bring pain and spell certain doom to a person…

Every year as I approach Star Wars day (May the 4th be with you), I like to pick at least one of the main saga movies to watch. This year, I landed on what many consider to be the best Star Wars movie of all time, The Empire Strikes Back. I love it. To be fair, I love everything Star Wars, but the memories I have of popping this VHS in our VCR as a kid remind me of my childhood. However, many years have passed, and a good portion of them at this point have been spent as a physical therapist. As I re-watched ‘The Empire Strikes Back’ this time around, it was filtered through my PT glasses. I was doing pretty well until the climactic ending of the movie. During the end sequence, Luke and Darth Vader get into one of the most iconic lightsaber battles in the entire series. This may come off as nit-picky, but for a Jedi, there are some pretty simple things Luke could have worked on that would have helped prepare him to square off against one of the most powerful people in the Galaxy.

(The rest of this post is going to be pretty Spoiler heavy, but the movie is almost 41 years old, so…)

Right off the bat, let’s establish that Luke isn’t the most committed to his training (Home Exercise) program. We already know that he bailed on Yoda and Obi-wan, like a bit of a nerf-herder, and skipped out on his training. Luke arrives at Cloud City and first encounters Darth Vader in the Carbonite chamber. They both activate their lightsabers and the fight begins. Almost immediately we see the first example of Luke not being prepared. Luke and Vader exchange blows and then lock blades, when Darth Vader simply overpowers Luke and knocks him backwards to the ground. This is going to sound harsh considering the person that I’m critiquing can jump several feet in the air and do flips, but some squats would have been helpful. He even carried Yoda on his back for a lot of the training, just do some squats while he’s up there.

(To perform squats, keep your feet shoulder width apart, and lower your bottom toward the floor, keeping your knees over your toes. Don’t let your knees come forward, and try to get your thighs parallel to the ground, if you can.)

The next time the movie comes back to Luke and Vader, they are still fighting at the top of a set of stairs. Luke takes the offensive, however Darth Vader counters by spinning his blade and knocking Luke’s lightsaber from his hand. Now, I’m not a master swordsman, but some increased wrist strength would have helped. The last thing Luke needs, to add to his list of disadvantages, is to be weapon-less. Luke is able to hide and dodge some attacks, before knocking Darth Vader off a ledge to a lower floor

(A good wrist strengthening exercise is to hold a dumbbell on one end by the thicker part. Make sure that you use a lighter weight to start out (2-3lbs). With your arm at your side and your elbow bent 90 degrees, hold the weight with the back of your hand facing the ceiling, and the rotate your wrist so that your palm is now facing the ceiling, keeping the rest of your arm still. Complete this motion back and forth.)

Luke and Vader square off again with Luke getting sucked out of a window into an air shaft. He is able to climb to safety, but it is only a matter of time until Darth Vader hunts him down. Darth Vader now goes on the offensive, and we can truly see how outmatched Luke is in this battle. Vader is able to force Luke out onto a walkway without difficulty. Luke is barely able to defend the attacks, showing a lack of upper body strength. After getting pummeled over and over, Luke falls to the floor of the walkway, defeated.

(Pushups are a great upper body strengthening exercise. If you can’t do them on the floor, that’s ok. Start against a wall, or leaning on the back of a couch. Start vertical and try to progress to floor pushups. To perform pushups, start with your hands extended out, even with your shoulders on the surface where you are performing the exercise. Keep your core tight, and lower your body down, until your hands are near your chest. From there, push back up to the starting position. Try to keep your body in a straight line as you perform pushups.)

Now, I will admit, that this was a weird way to watch Star Wars. Especially when I am sitting on my couch, while criticizing the Jedi who will one day bring balance to the force (again, spoilers…). I think it just goes to show, that no matter who we are, what shape we are in, or how force adept we may be, there are always improvements to be made. And maybe, if Luke had been a little more dedicated with his training, he’d still be able to perform the upper extremity exercises I described after his battle with Darth Vader (get it?).

Have a great Star Wars day, and May the 4th be with you, always! 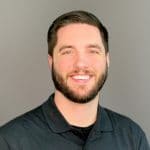